We’re not gonna take it… 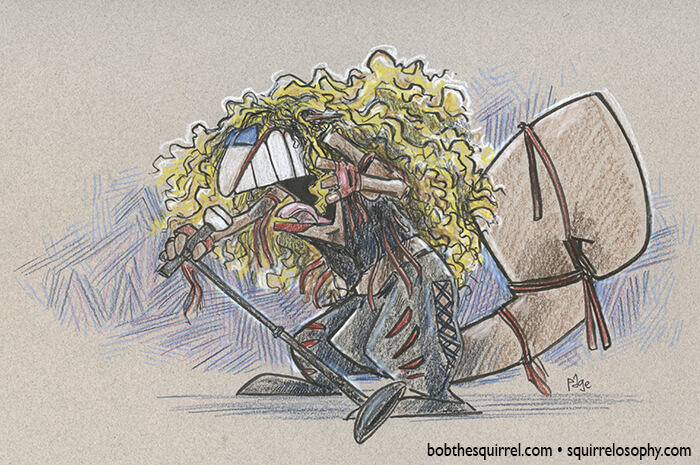 These illustrations are up for sale. If interested please email me. First come first serve.
Illustrations can be purchased individually or together. Email me for price.
Click here to see what else is available in the ROCK BOB collection

one of my new favorites…

Take a few moments to find one of YOUR new favorites… Click here to check out almost 60 Bob memes. 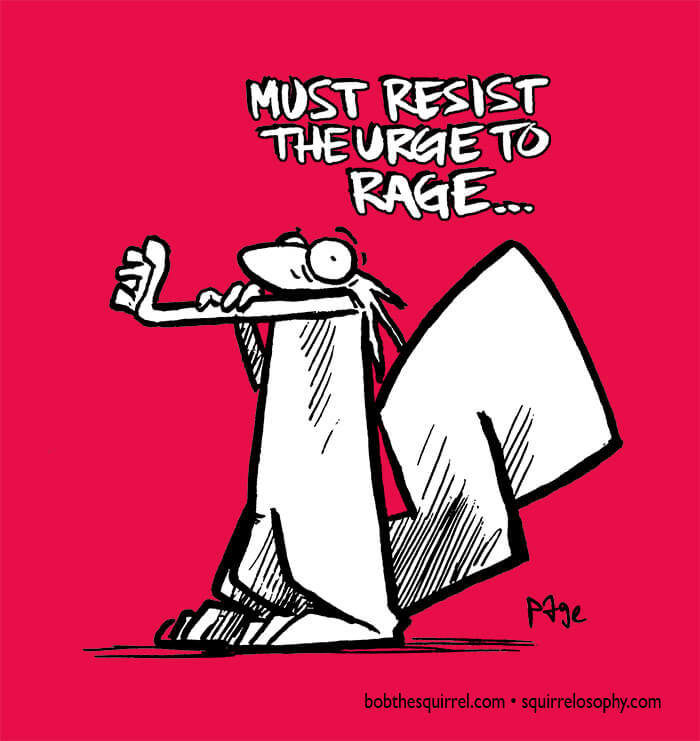 10 MORE things you didn’t know about Bob the Squirrel

Been a while since Bob bared (or is it beared?) his soul to the world.  Maybe the world wasn’t listening… considering all the other things there are one can’t help (or is forced) to listen to.  Here is a list of 10 MORE things you may not have known, written by the fur ball himself, about Bob the Squirrel.  (The first ten can be found here).

1. I brush my teeth three times a year whether they need it or not.

2. Sometimes I just want to be left alone… just so long as someone KNOWS I want to be alone. Because if no one knows, what’s the point of being alone?

3. The day after Frank got his Master’s degree in art he began to draw me better. It was only for that day, but man, what a great day that was.

4. I don’t really long for being back in the wild. I have nothing to prove by dodging cars in the street.

5. I will love Rachael Ray until my tail is old and grey. You may have known that before this list but it bears repeating.

6. People in public will often call Frank ‘Bob”. They never call me ‘Frank’. Frank says he appreciates that but I can tell it’s killing him inside.

7. When Frank was on the verge of ending the comic strip in 2012, I was scared. I mean YOU try getting a job with only one thing on your resume.

8. I’m extremely selfish, but only when it comes to me.

9. I don’t mind the monotony of our daily life… just so long as it’s not the same every day.

10. I’d be nice to be the most famous squirrel ever… or at least a half inch taller.

The Show and that which has been neglected… 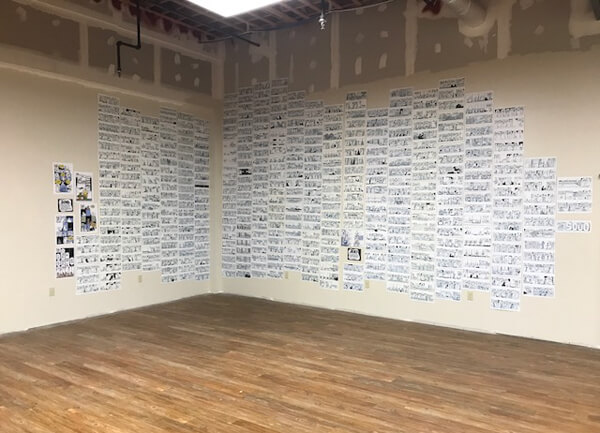 On June 8, 2017, the Bob the Squirrel Greatest Hits show will open.

I’m currently in the process of hanging it… and it’s more work than I thought it would be… especially since I started it on a holiday weekend.  Things have happened this weekend that have forced me to re-think my social media presence and activity.  Nothing bad, just a thrown wrench into the mechanism I’ve constructed.

I have been posting 3-4 sketches throughout the day to my Facebook pages.  I’ve used Hootsuite to pre-schedule everything: from the daily strip, Squirrelosophy and various commercials for books and art.  Well, Hootsuite has now gone to a pay model.  That’s fine, I get it.  But, I don’t think the value I get from them is worth the price they’re asking.  To that end, I’ve found another social media management tool… one that I STILL have to pay a monthly fee for, but one that will shake me out of the routine I was in.  So, it’s not a bad thing… it’s just not a thing I expected to tackle the week EVERYTHING is happening.

To pay for this, I’m going to be stepping up my Patreon marketing, my Squirrelosophy original art sales and various other new promotions.  I’m also going to get serious about a bobthesquirrel.com site re-design.  I’m basically going to be paying way more attention to the things I’ve either stopped paying attention to or have lapsed into a hard routine over.  Evolution.  In the process I hope to make the comic a better experience for the reader.

Before that all begins, I have to get through the next few weeks.  After which, let the Summer of Bob begin!  Thanks to everyone who have stuck by me and the strip.