YOU FINALLY DID IT! 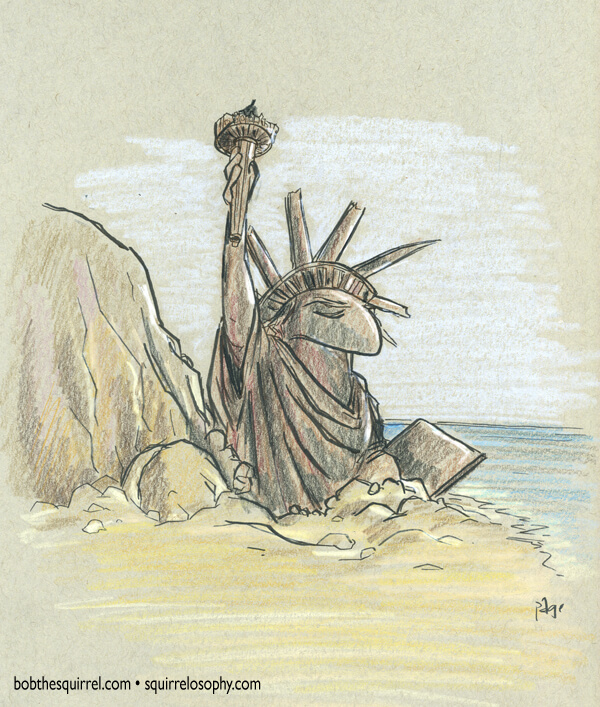 The Sci-Fi Bobs series, 100 images of Bob as Sci-Fi characters from movies, television and other media is complete.

Not going to lie – This one was a struggle. Several times I thought of wrapping it up before 100. But, I kept going.  Often, I would complete a whole week of them (five) in one sitting. Some are better than others… really, I few of them I think I just phoned in… and called a wrong number on top of that.

I’m going to take a week or two off from series work. I have an idea for a few series, but they may be paired down… 100, in certain contexts, is an awful lot.

Hope you enjoyed these. I’ll keep you posted as to what I decide… as for now…my Prismacolor pencils and toned paper are getting shelved for a while.

About what’s going on…

Alan Bean was my guy…

Alan Bean was my guy.

It was hot yesterday. Not enough to force me to put the air conditioners in, but hot.  I’d just spent a wonderful afternoon with Lez and Lauren and now they were off doing their thing, and I was home doing mine.  It’s nice to not have to think about that thing we’ve been thinking about since February.  Really nice.

I spent half an hour planting sunflowers… because I can’t forget to plant the sunflowers.  Various projects have been sucking every bit of life out of me this last week and will continue to suck more in the coming weeks.  But they’re in.

The plan was to clean up, check my news feed quick and hit the drawing board for a few hours.  The Yankee game started at 7:15 p.m. 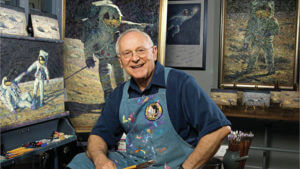 That’s when I found out that astronaut and artist Alan Bean had passed away.

It’s sad to say but true:  I’ve grown accustomed to hearing that Apollo era astronauts have passed. But Beano’s passing hit me like a truck.  He was my guy.

It’s no secret that I’ve been a space geek since elementary school.  I’ve been reading about the U.S. space program since I was 9 or 10 years old.  Of all the astronauts, Alan Bean was the one I gravitated towards.  Selected in 1963, Alan Bean was just a regular guy.  He didn’t have the bravado of Gene Cernan. He wasn’t quiet and aloof like Neil Armstrong or John Young.  He wasn’t a wise-ass like Pete Conrad.  He was just regular dude who worked hard. And he was an artist.  A damn good one.

Imagine being one of only 12 human beings in the history of human being to do something.  He walked on the moon.  It didn’t matter to him that he was the 4th or the 400th to do it.  He was just happy to be there.  Now imagine putting that experience into art.  Expressing that and sharing that with the world.  Anyone can get the data and the science… but having the ability to show how it FELT to be there… wow.  Yeah, I want to be that guy.  Beano was my guy.

Plus, he was the one who saved the Apollo 12 mission.  Well, Controller John Aaron at Mission Control saved it… but Bean knew where the switch was.  Still, not too bad for a brush pusher.

I’d bet if I were the first cartoonist to walk on the moon, getting a syndication deal wouldn’t be that hard.

In 2016, an opportunity to be in the same room with Capt. Bean through Project Fibonacci came, and I jumped at the chance.  I had all kinds of questions I wanted to ask him… but then

I realized that my questions were the same questions he’s been answering since he left the Ocean of Storms in 1969.  So, I tossed the questions and drew him a picture.  I was just happy to spend a few moments with my hero.  My guy.

He didn’t want to take the drawing (I framed it) with him on the plane so he asked If I could mail it to him.  Which I did.  I included some Bob stuff in the package I sent… because, why not?

I took Lauren to Bean’s lecture… she loved it.  He was funny, self-deprecating and uniquely human.  It was a talk he’d probably given a thousand times. If it was, you wouldn’t know it.

A few weeks later, I got a call.  The number came up as “Houston, TX” on my phone.  I don’t know anyone from Texas that would call me.  I let it ring.  Probably a robo call.

I knew almost immediately who was calling.  Years of that voice I’d only heard watching space program documentaries was in my ear.  That unmistakable Texas drawl…

Holy crap!  Alan Bean was calling to thank me for the drawing and the package!

I probably stuttered through the whole conversation.  He was as nice as could be.  We talked about art for about 15 minutes… what else would you talk to an astronaut about, right?   He told me to call him whenever I wanted…thanked me again and that was it.

I never called him again.

Alan Bean was (is) my hero.  All my heroes are dying and it’s getting harder and harder to find new ones.

I hope wherever he is he’s still painting. 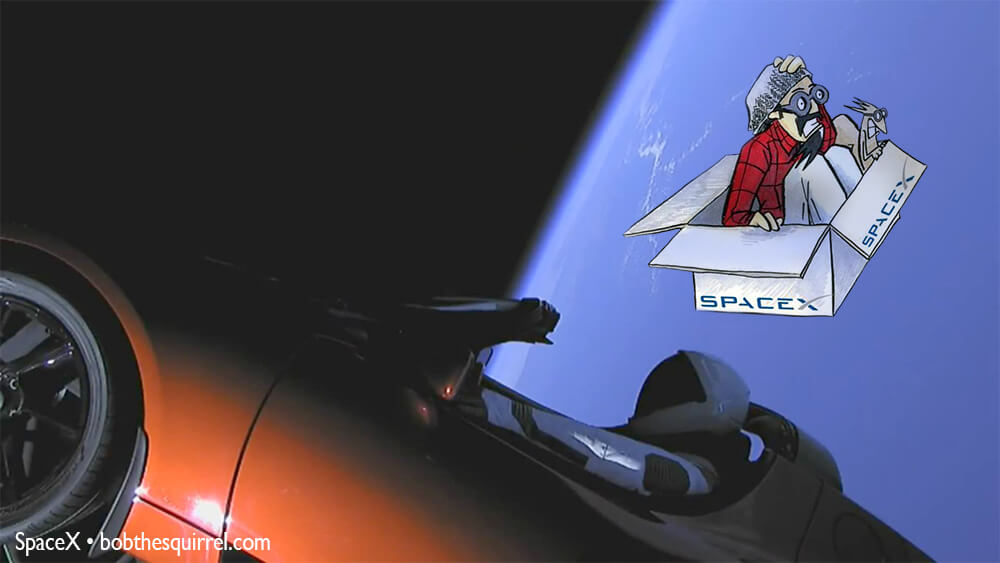 On February 6, 2018 SpaceX launched the most powerful rocket since the Saturn V.  Along with the launch system, a Tesla Roadster piloted by a dummy spaceman was along for the ride.  For the record, the staff at Bob the Squirrel had a spacecraft design all ready for SpaceX in 2015.